The Apple watch has been wildly successful and accepted by consumers around the world. Since it’s release in early 2017, Apple Watch (Watch) is on pace to break the record of the original iPhone. Apple Watch has single handedly thrown-off the crowns of dedicated fitness wear like Fitbit. And now the latest, sources have told us that Apple Watch will bring a bunch of amazing health and fitness features that haven’t even been prototyped by anyone yet.

Apple Watch is accounted for over 25 million sales since its release, it’s no doubt that Apple Watch truly puts the whole smartphone on your wrist. It will also not be a surprise for you that Apple Watch has been taken up as a majority of consumers’ primary health and fitness tracking smart wear, which has made Apple more dedicated towards the field. All that comes with a heavy cost too, Apple Watch is the longest beta tested, most validated, and most invested-in fitness wear in the world, and Apple has no intentions of slowing down. It has been told between the lines by some sources that Apple has hired as many as 200 meritorious PhDs last year, a necessary step taken to ensure an authentic fitness tracker. Apple’s obvious next target is glucose monitoring. Initial rumors suggested that a modular approach is Apple’s only option to add Glucose monitoring capability to Apple Watch. Although the current sources say otherwise.

According to what we have learned from this new source, Apple is looking, or has been successful in devising a feature that will be able to monitor glucose levels without extracting blood samples from the body. Run the statistics for a second here, US alone hosts over 30 million diabetes patients, imagine a world where all of them will no longer be in the dark about their glucose levels if they were able to monitor it on an Apple Watch. This is history in the making.

What’s more shocking is, that Apple has set its sights on creating “smart bands” for their smart watch. These bands will work like modules with different capability additions, while the watch itself will be of the same price tag. An implementation of this concept easily opens a whole new world of smart wear and ease of access.

As mentioned earlier, they will be bands, but will actually act as modules. If we try to take our imagination to its extent, we can expect a band that adds camera capabilities to the Apple Watch, A band with extra battery imbedded in it, a band to massage the wrist with internal vibration engines, a memory extender band, a band with a headphone jack, it’s just unlimited. 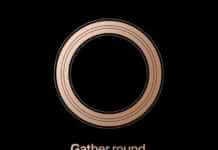 How to Back Up iPhone to Computer (iTunes)