The original Apple Watch was released in April of 2015, with recent updated models being released in September of 2016. Popularity continues to grow for the Apple branded smart-watch. Over 40% of the global smartwatch market is dominated by Apple.

Smartwatches are still new to users, and bring an improved sense of connectedness to the wearer. It is estimated that 8% of Americans own an Apple Watch, this metric will be interesting to watch over the upcoming years to gauge Apple’s monopoly on the smartwatch market.

In comparison to the US, China has adopted the Apple Watch much more rapidly. Of all Apple Watches sold around the world, 30% of them are sold in China.

One of the biggest undervalued features of Apple Watch is Apple Pay. With this feature, users can use their watch to pay at modern cash registers (with NFC compatibility). Of all Apple Watch owners, it is estimated that 80% have used Apple Pay at least once.

How To Use Apple Watch

Apple Watch introduced a new charging method to Apple’s product lineup. The watch is the first product to use wireless charging that relies only on direct contact with the back of the watch. We cover the basics on how to use the Apple Watch in our guides below. 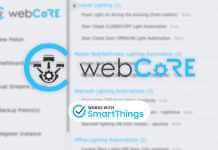