iPhone has been fairly successful in creating an ultimate line of chipsets especially for their iPhone, the A-series chipsets. It is highly anticipated by influential analysts that iPhone 8 will feature the new Apple A11 chipset, built on a 10nm fabrication technology. Apple A10 is arguably the fastest smartphone processor in the market, even Qualcomm’s new Snapdragon 835 hasn’t been able to surpass the A10 chip completely. An upgraded A11 chip could further improve Apple’s game in this competition.

iPhone 8 is rumored to be powered by a 3GB RAM, an upgrade from iPhone 7P Plus’s 2GB, although there hasn’t been much word about the memory. What is pretty certain at this point, is that Apple will offer the iPhone 8 in 64 GB, 128 GB, and 256 GB variants. As have claimed the rumors, iPhone 8 will feature a dual-lens camera setup at the back like iPhone 7 Plus had, only this time, the setup will be in a vertical scale, and both of the lenses will feature hardware-implemented OIS. Comes the only disheartening aspect of the stunning iPhone 8. Due to the historic link and significance of the smartphone, combining with the fact that iPhone 8 will feature some technologies that weren’t even expected to be conceived so soon, Apple iPhone 8 will be quite expensive in comparison to other smartphones, and even iPhone’s pricing history itself.

Analyst Ming-Chi Kuo, of KGI Research, has concluded that iPhone 8 could very easily cross the $1000 range. The exact price will only be known after some time of course, but one thing is certain: iPhone 8 will have a price tag of over $1000. 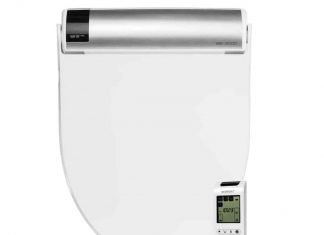 Not as smart as you'd think. But considering the amount of time we spend bonding with them... why not make it better? These toilet seats are...