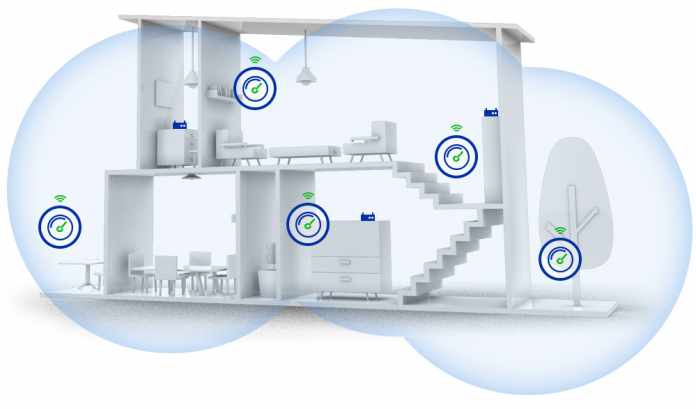 In addition to router brand, home size, and internet service provider (ISP) speed caps, there are a number physical factors – inside and outside – which can affect performance and speed of the WiFi network in your home. It’s important to think about these factors when placing access points, and mesh network nodes, around your house.

We’ve had great success with Netgear’s Orbi router, and will be using it in the following example. If you’re using Orbi too, check out this post that outlines the right settings for Orbi networks.

The physical location of your router, and other access points, is critical to properly optimize your network for speed. Particularly important for mesh networks, the router should be placed behind the least possible walls, and away from other electrical device (printers, IoT hubs, wireless home phone systems, etc).

However, placing the router in your closet is not the right solution; a single wall can block 40% of the available signal, depending on the construction method and materials. If the WiFi signal has to travel through multiple walls, signal strength degrades exponentially after 3 standard drywall-covered walls.

Believe it or not, in the mid 1900’s, many residential walls were lined with mesh chicken wire, which acts as a massive disruptor to modern wireless signals. Just like a metal roof can reduce cell phone reception, walls made of stone, concrete, or metal will be detrimental to achieving widespread wireless signal strength.

The ideal location for a router is central to the rooms it will be servicing. Luckily, many routers these day – including Netgear Orbi – have reinvented the idea of what a router can look like. The smallest mesh network available today is the Eero system, whose router, and wireless nodes, measure 4.8 x 4.8 x 1.2 inches. They look very similar to Samsung’s SmartThings IoT hub, although Eero is 1″ thinner, and has more rounded corners.

In enterprise environments, where WiFi reliability is monitored by a dedicated team, technicians use portable signal meters to measure the signal strength throughout the building. For consumers in their home, there’s an app for that too!

Wi-Fi Sweetspots is a free iOS app that offers persistent signal speed metrics while you move around holding your phone. The app also has an audible tone-indicator, which can be turned on and off, that varies in pitch to indicate signal strength. To toggle this feature, tap the speaker icon located between the Start and Stop buttons.

The screenshot below shows the primary function of the app, with the ability to save snapshot speed readings for various positions throughout the house. 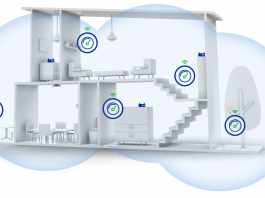 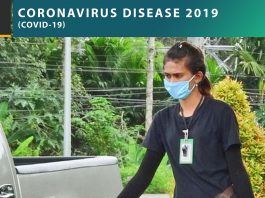 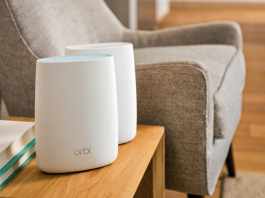 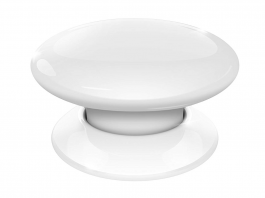 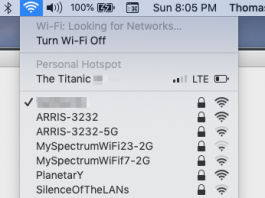 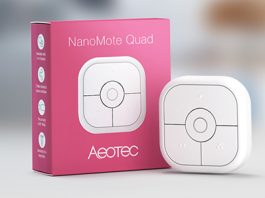 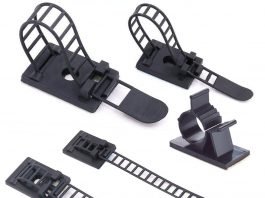 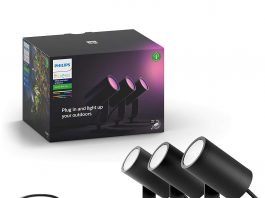 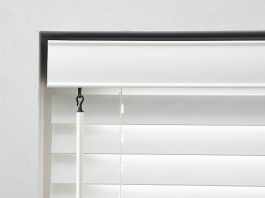 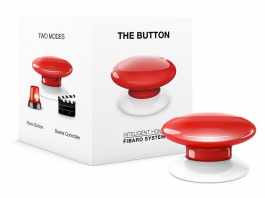 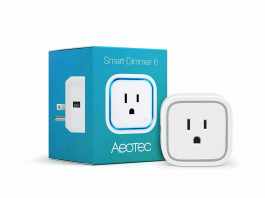 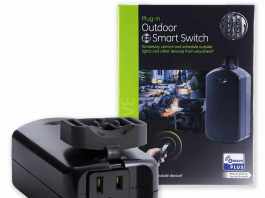 ABOUT US
The Average Tech Blog shares news of the technology industry, with a special interest in the tech giants Apple, Google and Amazon.
© 2023 All rights reserved. | Proudly built in the heart of Texas. Privacy Policy
Go to mobile version