Siri and Google Now have been in the wild for a while now and Microsoft recently came out with its own take on a personal voice assistant – Cortana. While these digital assistants are useful sometimes it is undeniable that voice isn’t the most convenient way to interact with your phone. Digital assistants have largely remained a fancy gimmick on high-end phones.

There are two primary reasons digital assistants haven’t taken off on mobile platforms:

Using voice commands is just plain awkward in public places and public places is where people mostly use their phone. If one were to pull their phone and push a button before they can talk to their phone, they might as well push that extra button and see what is on the calendar instead of asking the assistant.

Amazon, a company which largely played a ‘me-too’ role in consumer product space had a totally different take on voice assistants. They dreamed of and came up with a new product category altogether when they launched Echo – an always on, cloud powered voice assistant for home.

Echo (also called Alexa) was designed by Amazon to be a product that stays at home because Amazon figured that voice assistants are best suited for home usage. This is evident by the fact that they didn’t even bother to put a battery in it which is a bold move in today’s world of mobile gadgets. Then they made it insanely easy to get Echo’s attention. You just wake her up with a wake word (Alexa or Amazon are the only supported wake words for now) and then issue whatever command you want. Echo comes with seven sensitive microphones and can hear you from more than 10 feet away even in a noisy room. It can hear you even when it is playing music or talking to you. By removing the two major hurdles listed above, Amazon created a voice assistant that is actually useful and fun to use.

Like a phone that can do a whole bunch of things by installing apps, Echo can be used for many purposes too. It can play music, answer trivia, control smart devices, set alarms, manage calendars etc. I often hear people questioning the utility of Echo because their phone can do pretty much everything Echo can do. That was my first reaction to the product too but once I started using Echo, it slowly got on to me. I understood the power of an always connected voice assistant that I can just talk to from anywhere in the house without having to push any buttons. Take setting a timer while cooking, for example. Previously, I would have to wash my hands, dry them, pull my phone, activate Siri and ask her to set a timer. She would do it and when the timer goes off, I would hear a faint sound on my iPhone’s tiny speakers. Compare that to the convenience of just saying ‘Alexa, set a timer for 30 seconds’ and getting a notification that can be heard all over the house (yes, Echo comes with very good speakers). Once you get used to the freedom and convenience Echo offers, using a smart phone feels like an ordeal and every other digital assistant feels like they are from 1970s.

This is not to say Echo is the dream AI product from the future. It does manage to annoy you quite a bit sometimes by not being able to answer basic questions and not responding to you in a loud room. Echo’s ability to answer general trivia questions is fairly limited.

To conclude, I think Amazon finally figured out how to make digital assistants useful and if you are one of those people who are skeptical about its usefulness, I would strongly recommend trying Echo for a little while and you would realize how inferior every other digital assistant is. Sure it can annoy you once in a while but you would eventually learn to start living with her. In fact, I liked mine so much that I bought a second Echo for my bed room.

The booming tech industry is herding consumers to fixate on the ‘good’ side of these innovations and ignore the tradeoff for those supposed convenience and ‘free services’. You’re surrounded by all this cool high-tech gadgets, sure. But you’re also exposing yourself to the dangers of being listened and watched to at any given time. Just think of this: that smartphone has a GPS that surely comes handy when you want to find a nice restaurant nearby but it also means it’s easy to track you down any time. And that tablet you’re using to chat/Skype with? Yeah, it can be spied on.

“We’ve dramatically increased the access to our personal lives. Before, you had to break into someone’s house to see what they’re doing,” said Andrew Sudbury, from the consumer privacy industry.

And as if the privacy concern is not bad enough, it clearly says on the Echo website: “Always getting smarter. The more you use Echo, the more it adapts to your speech, patterns, vocabulary, and personal preferences.” Yikes. The convenience is nice and all but I don’t think I want a machine with a learning capability anywhere near me.

Seems like our only safeguard is to turn them off — if they can truly be turned off, that is.

Get your hands on your own Amazon Echo, or Echo Dot, on Amazon today: 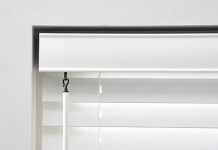 How to Charge the Apple Watch